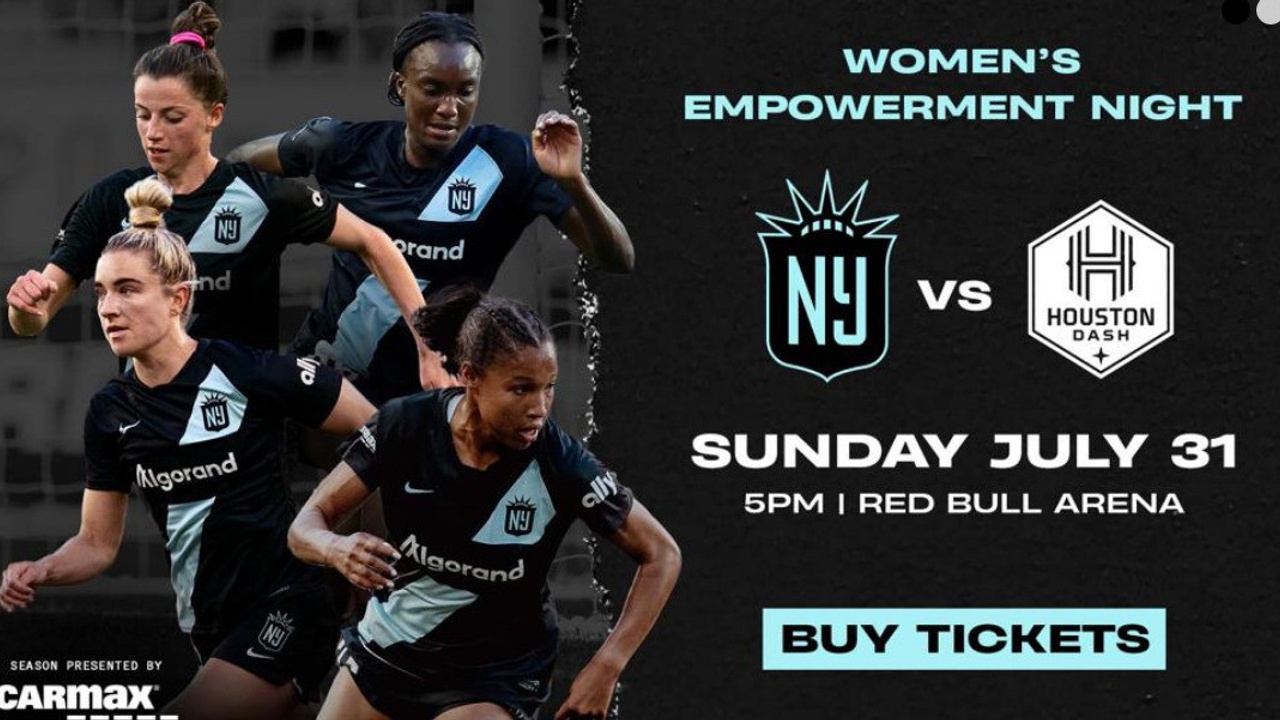 The Red Bulls Arena will end a memorable month with record attendance with a game on Sunday, July 31, 2022, between the NJ/NY Gotham FC team and the Houston Dash. This is the first time this year that the two teams will play against each other.  The teams will meet again on August 17, 2022, in Houston, Texas. The Houston Dash owners also own the MLS soccer team the Houston Dynamo.

Tickets for the game are available through Ticketmaster. Tickets start at under $18.00 per ticket.

The game starts at 5 p.m. but arrive earlier for pre-game activities at the Red Bulls Arena. It is Woman's Empowerment Night, a Commemoration of the 50th Anniversary of the signing of the Education Amendments Act Title IX into law by then President Richard Nixon. Title IX (Title 9) did not specifically state that you could not discriminate against women in sports but advocates for women's rights used Title IX and sports to bolster woman's rights.  It was easier to prove a University was in violation of Title IX when its budget for women's sports was 1% and the other 99% was for Men Sports.  There will be several activities commemorating the 50th Anniversary of Title IX at the game.  A nice touch to commemorate Title IX on its 50th Anniversary.

The Houston Dash’s home stadium is the PNC Stadium in Houston, Texas. The PNC Stadium has just over 22,000 fans just slightly smaller than the Red Bulls Arena which holds 25,000 fans.  The Houston Dash however can state that they are located in the city they are playing for and named after, Houston, and not the suburbs of a namesake major city. The New York Red Bulls cannot state the latter fact. Hey, but for the traffic mayhem, we love you New York Red Bulls.

What are your thoughts on the NJ/NY Gotham FC team?  Who's your favorite player on the Gotham FC Team or the Houston Dash team? Let Us Know Your Thoughts on our Community Discussion Board.  If you have not signed up yet to participate you can Sign Up now.