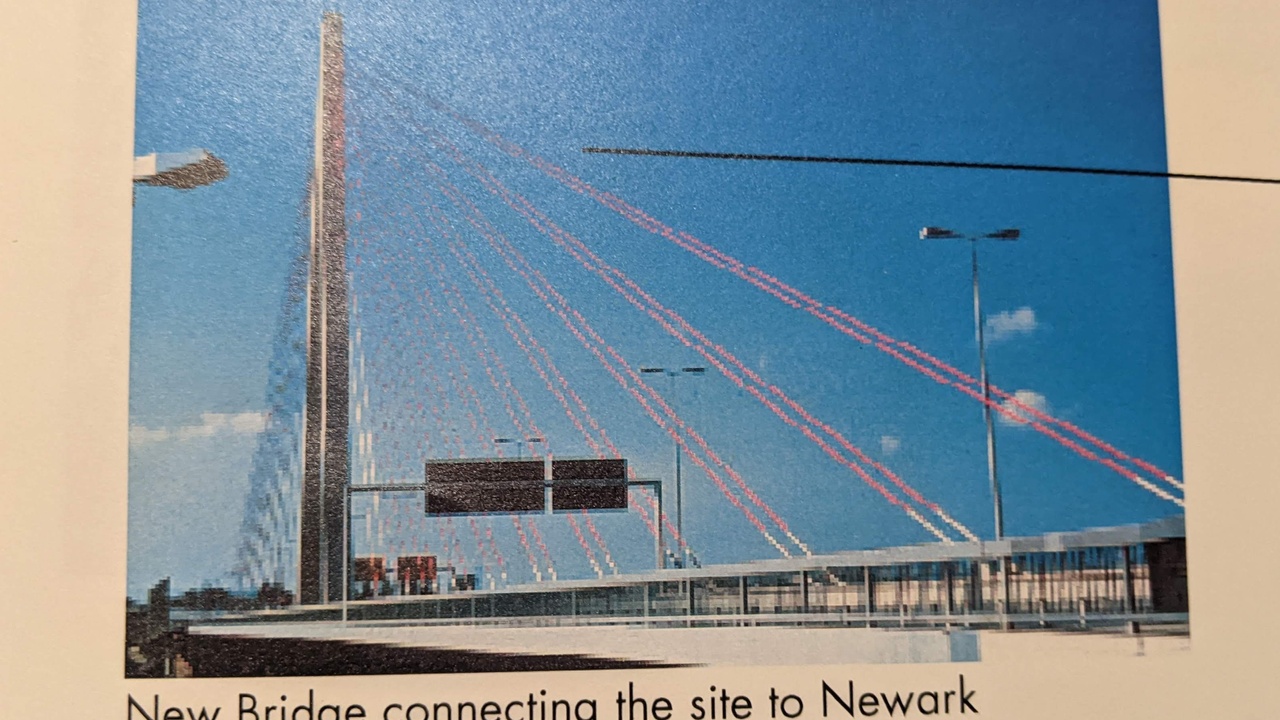 (1) Green spaces including Playgrounds, Dog Parks, and a Park with trees and flooding mitigation built-in.

(2) an arching state of the art new Jackson Street Bridge connecting the Town Harrison to the City of Newark with pedestrian and bicycle lanes, 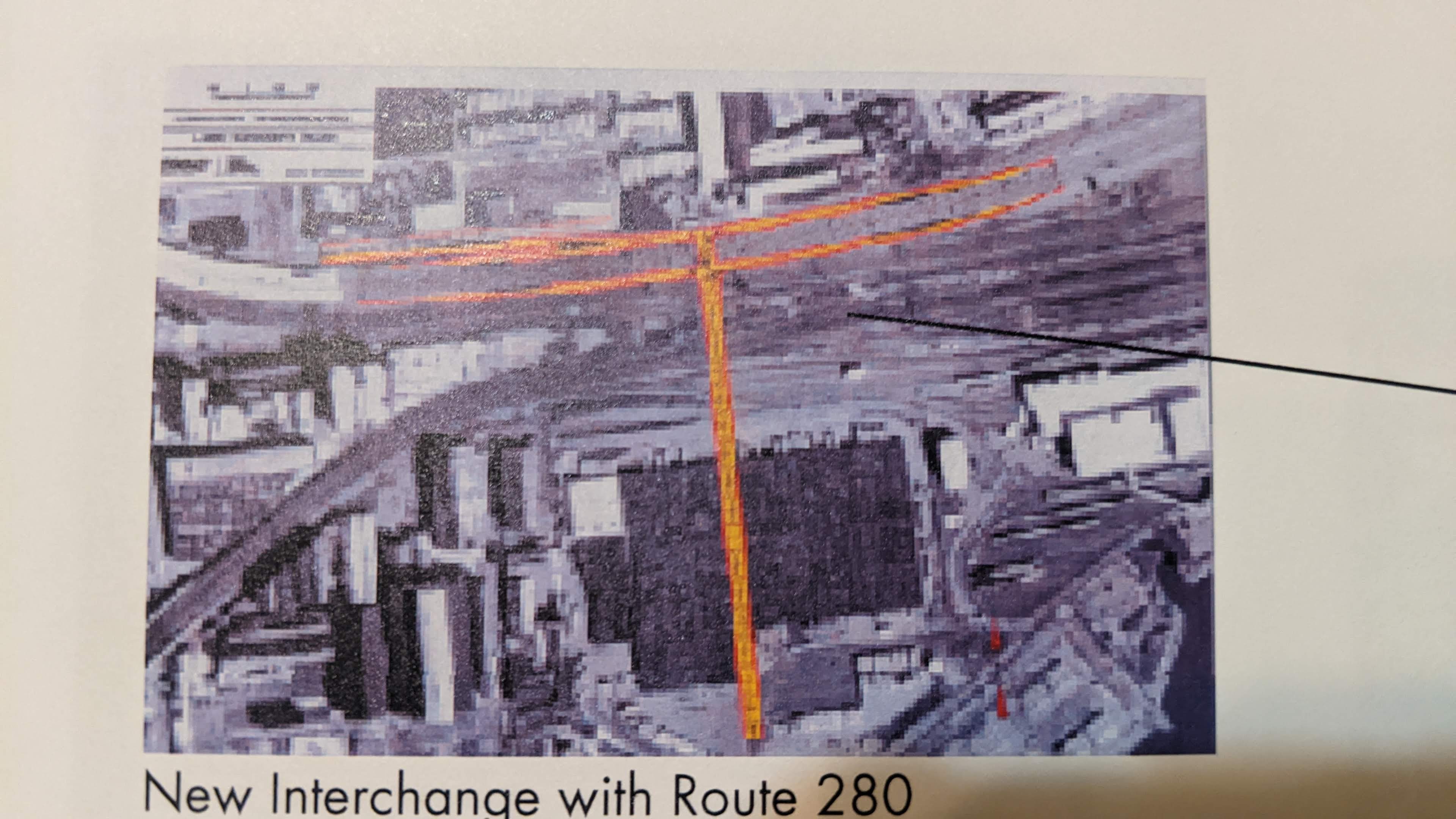 (3) a Route 280 Interchange connecting Cape May Street with Route 280 to alleviate traffic on Frank E. Rodgers Blvd and throughout the Town of Harrison, and 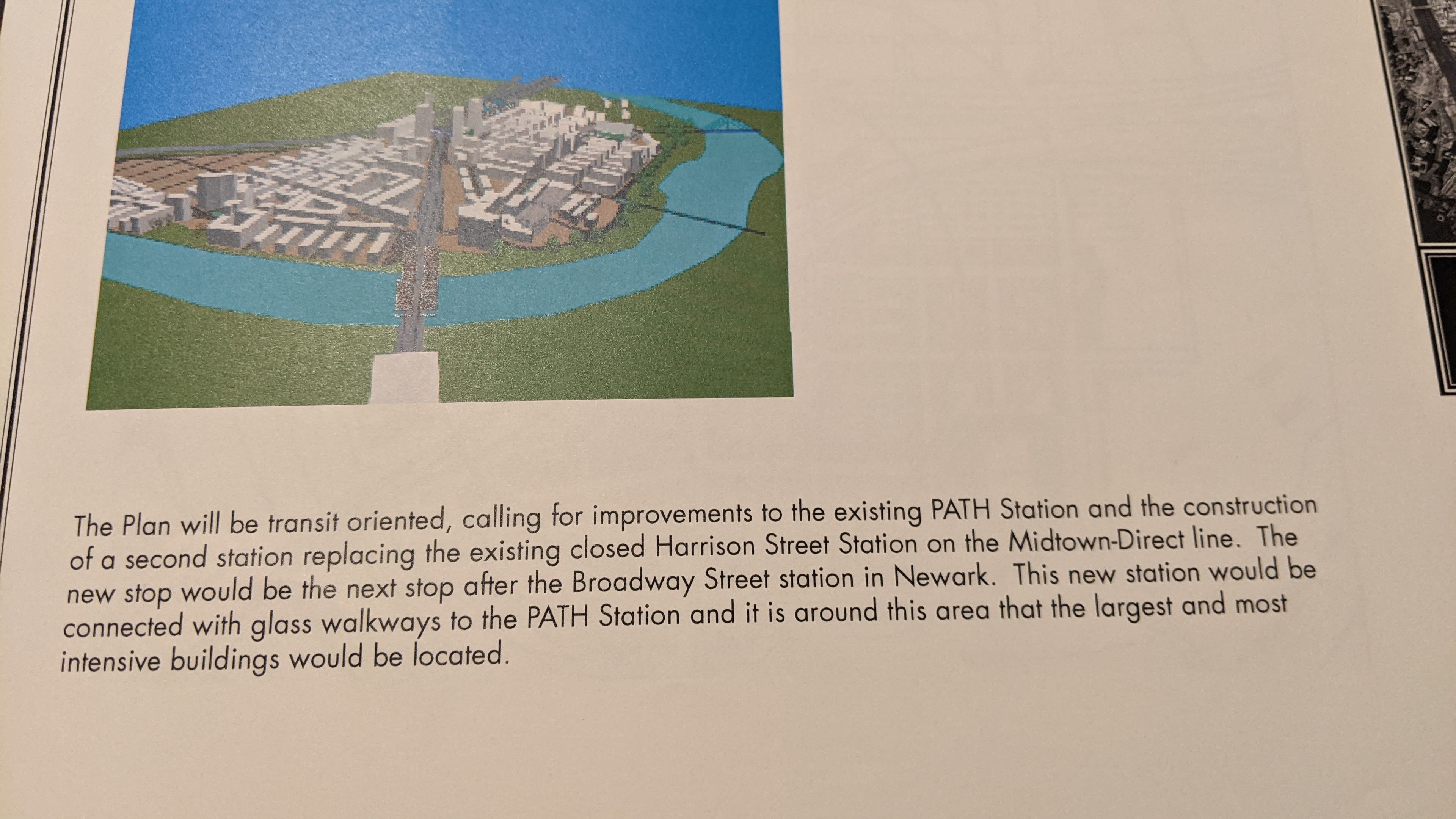 (4) restoration of the Historic rail line used now by NJ Transit Trains, the“Manhattan Transfer Station” on South Frank E. Rodgers Blvd where the Bank of America sits today to provide access to train service to New York City from Harrison (the same line that stops at the Broad Street Station in Newark, the Montclair Boonton Line).

Given the number of apartments currently planned and in the works, all four of the above projects are a necessity.

There is still some property in front of the Red Bulls Arena would be ideal for a Park. The Park could include a playground, dog park, walkway, two to three story buildings with restaurants on first floor a mini stage for artists and musicians to play on weekends. 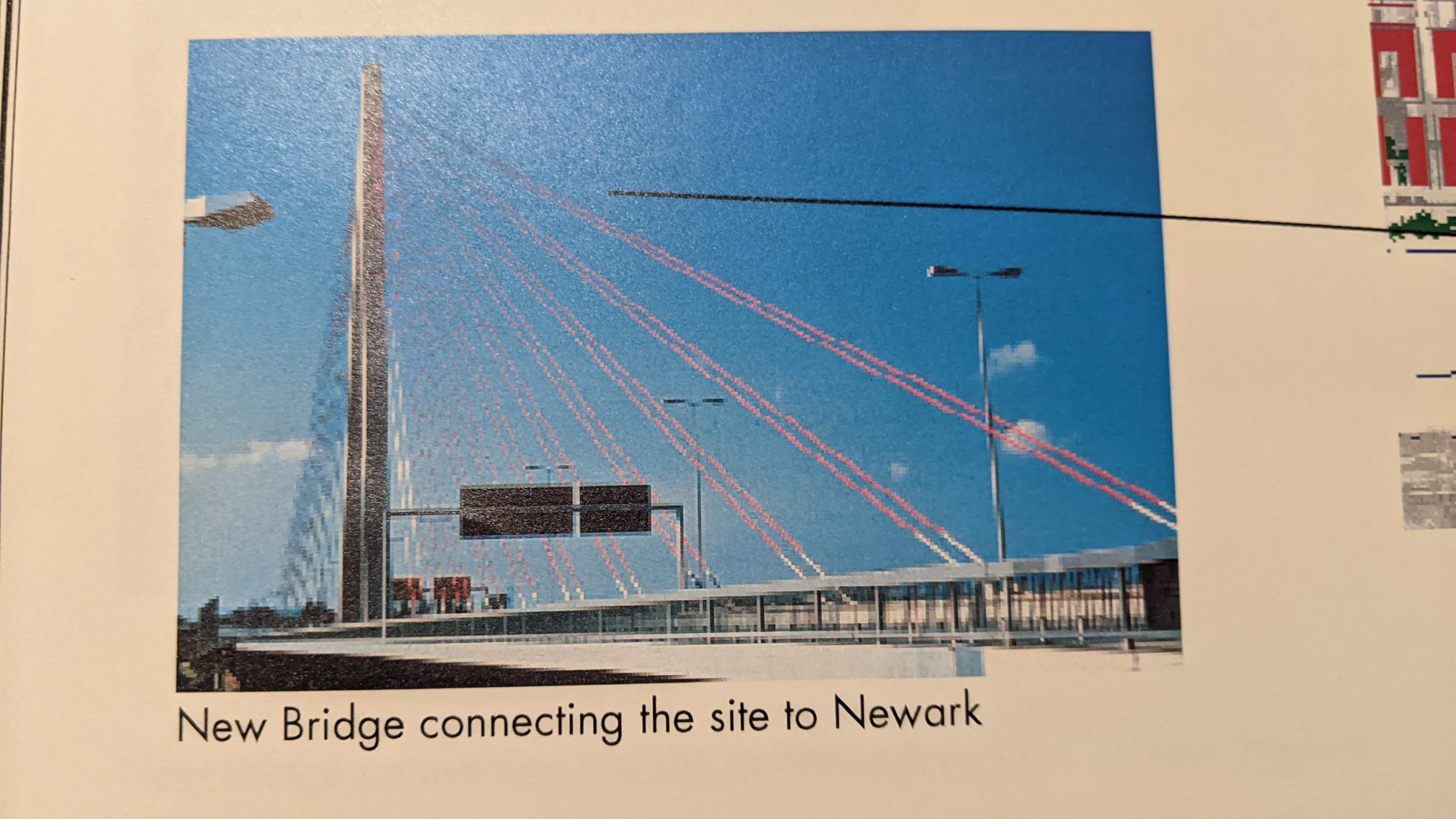 The proposed new Jackson Street bridge was to arch above the Passaic River and connect to Raymond Boulevard in Newark to alleviate bridge openings and make room for walkways and a bicycle path. A rendering was provided to help visualize the bridge in the original Harrison Redevelopment Plan (see above).  The Harrison Redevelopment Agency has not moved to make this promised new Jackson Street Bridge a reality.  What a great infrastructure project that could be paid for by Federal and State infrastructure money.

Traffic, from the Red Bulls Stadium and an increase in the population of Harrison, could be alleviated by the promised Route 280 / Cape May Street Interchange that would take traffic on and off of Route 280 directly down Cape May Street into the Redevelopment Zone.  Cape May stretches along the Passaic River and can accommodate a lot of vehicular traffic that then would go onto and off Route 280 avoiding having to come through less direct routes through Harrison local streets to the Red Bulls Arena.  Before the Route 280 extension was built from the Stickle Bridge to the New Jersey Turnpike Entrance, all truck and vehicular traffic got off the Stickle Bridge onto Harrison Avenue and causing extreme and dangerous traffic down Harrison Avenue.  An extension alleviated the traffic and improve the quality of life of residents.  The new Cape May Street Route 280 interchange would also improve the quality of life of residents.  Another great infrastructure project that could be paid for by Federal and State infrastructure money. 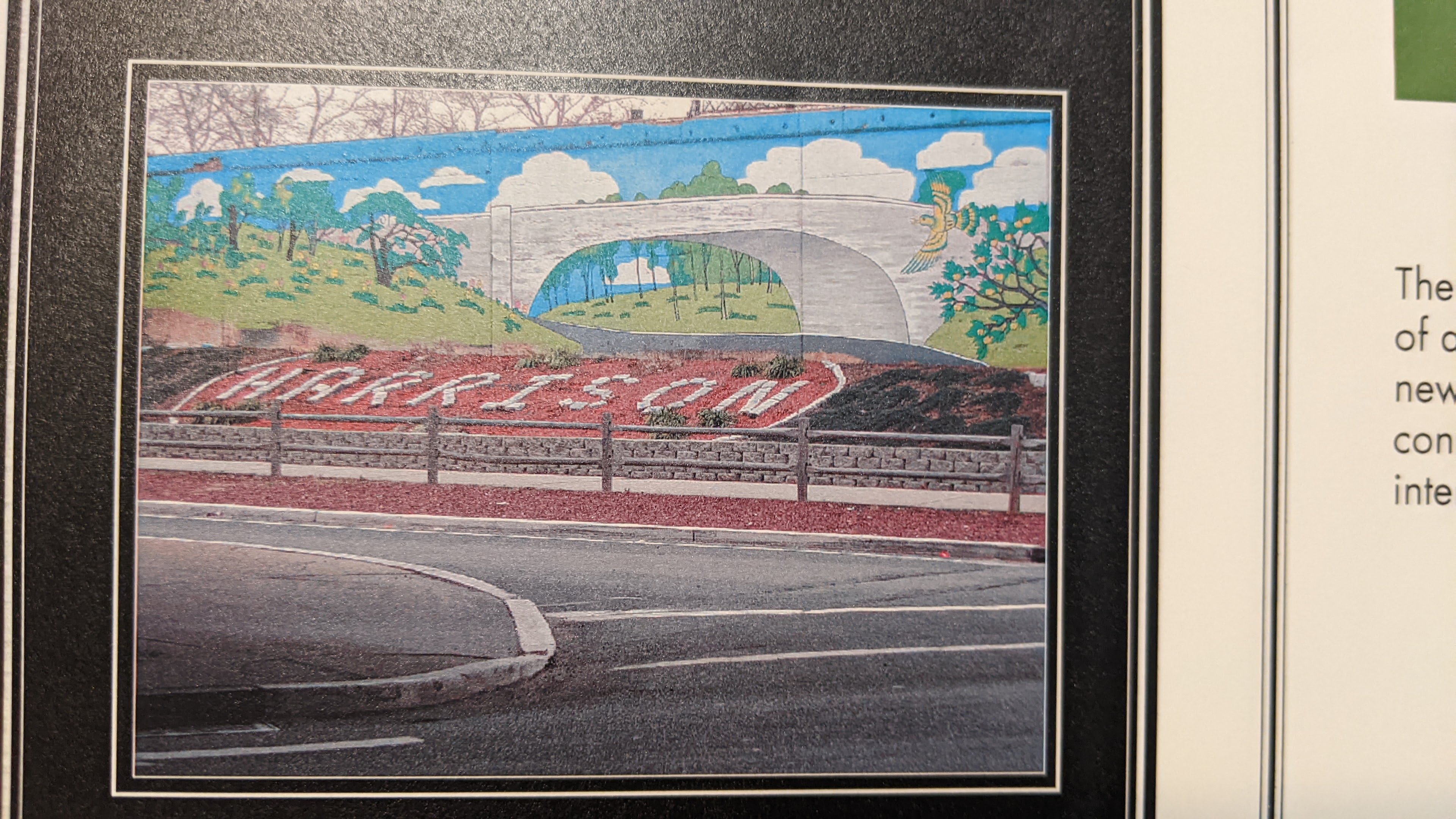 Harrison had a train station called the “Manhattan Transfer Station” whose remnants still exist along the Boonton Line that comes from Montclair.  The Boonton Line went through Harrison on its way to Hoboken and NYC.  The Boonton Line presently serves Montclair, Glen Ridge, Bloomfield and Broad Street Station in Newark.  It once had two stops in Harrison.  The first station was on Harrison Avenue near the eastbound ramp for Route 280  (one block from First Street) and the second station, called the Manhattan Transfer Station was on South Frank E. Rodgers Blvd next to where the Bank of America is just down from the Harrison Path Station.  Yet another great infrastructure project that could be paid for by Federal and State infrastructure money.  The foundation of the station is already there. Restore a historic station and modernize it.  Great karma.

The Glue That Holds Redevelopment Together

The four promises listed above were part of the Redevelopment Plan because they are the glue that makes the density of so many apartments in the Redevelopment Zone feasible.  The Harrison Redevelopment Agency had a clean slate to work with and planners took that clean slate and put together a plan.  Slowly but surely those plans came to fruition. But if you do not follow the plan then why create a plan in the first place.

Imagine if the promised infrastructure items listed above were reality.  Residents could enjoy a park, a playground for their children, and a dog park for their pets.  Traffic jams would be alleviated by a new Jackson Street Bridge and a Route 280 / Cape May Street Extension, and the Manhattan Transfer Station with a Boonton Line NJ Transit train to Hoboken and NYC would alleviate crowding on the Path Train with an alternate train to Hoboken and NYC.

Tell us what you think on our Discussion Board. If you are not yet a member of YourHarrison.com, you can signup free of charge.