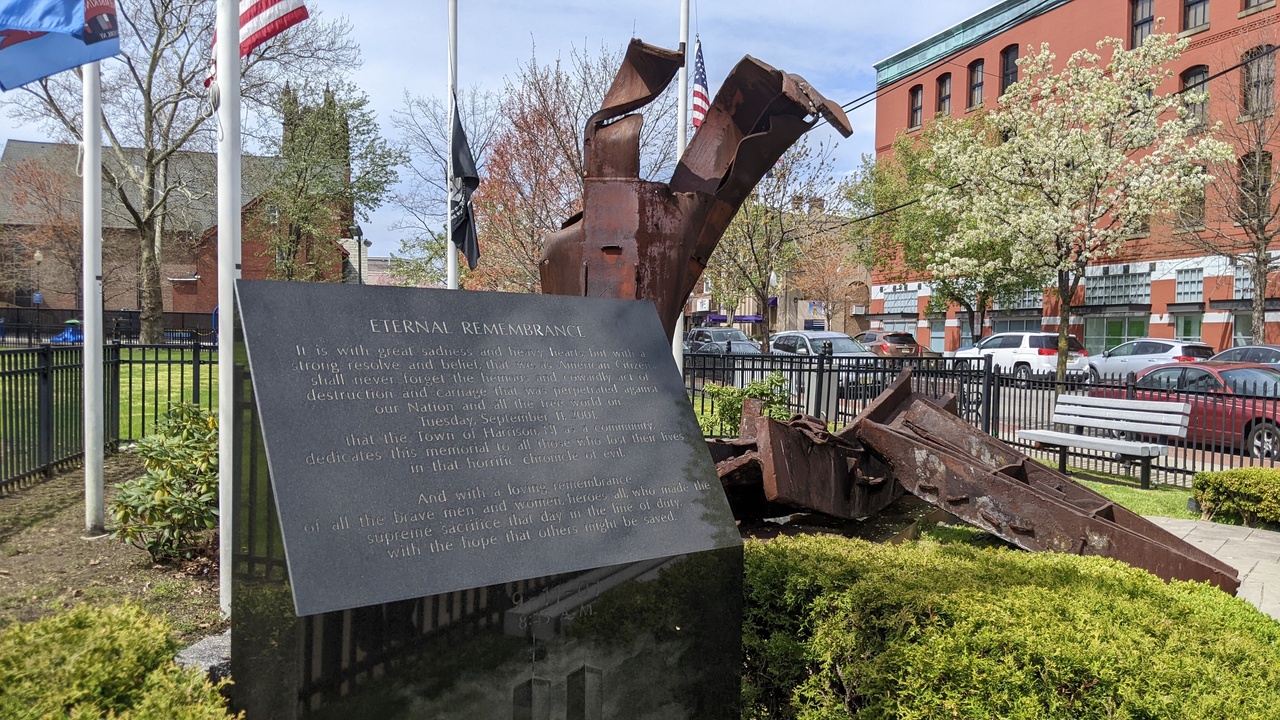 The Harrison 9/11 Memorial is on the northeast corner of Library Park on Harrison Avenue.  The memorial is one of the first to use a piece of the iron beams from the World Trade Center Twin Towers. A waterfall was incorporated into the beams. Given Harrison's Industrial past, a raw iron beam is a fitting memorial. An engraved marker sits beside the iron.

Please note that the text of the engraved marker appears after the photo. 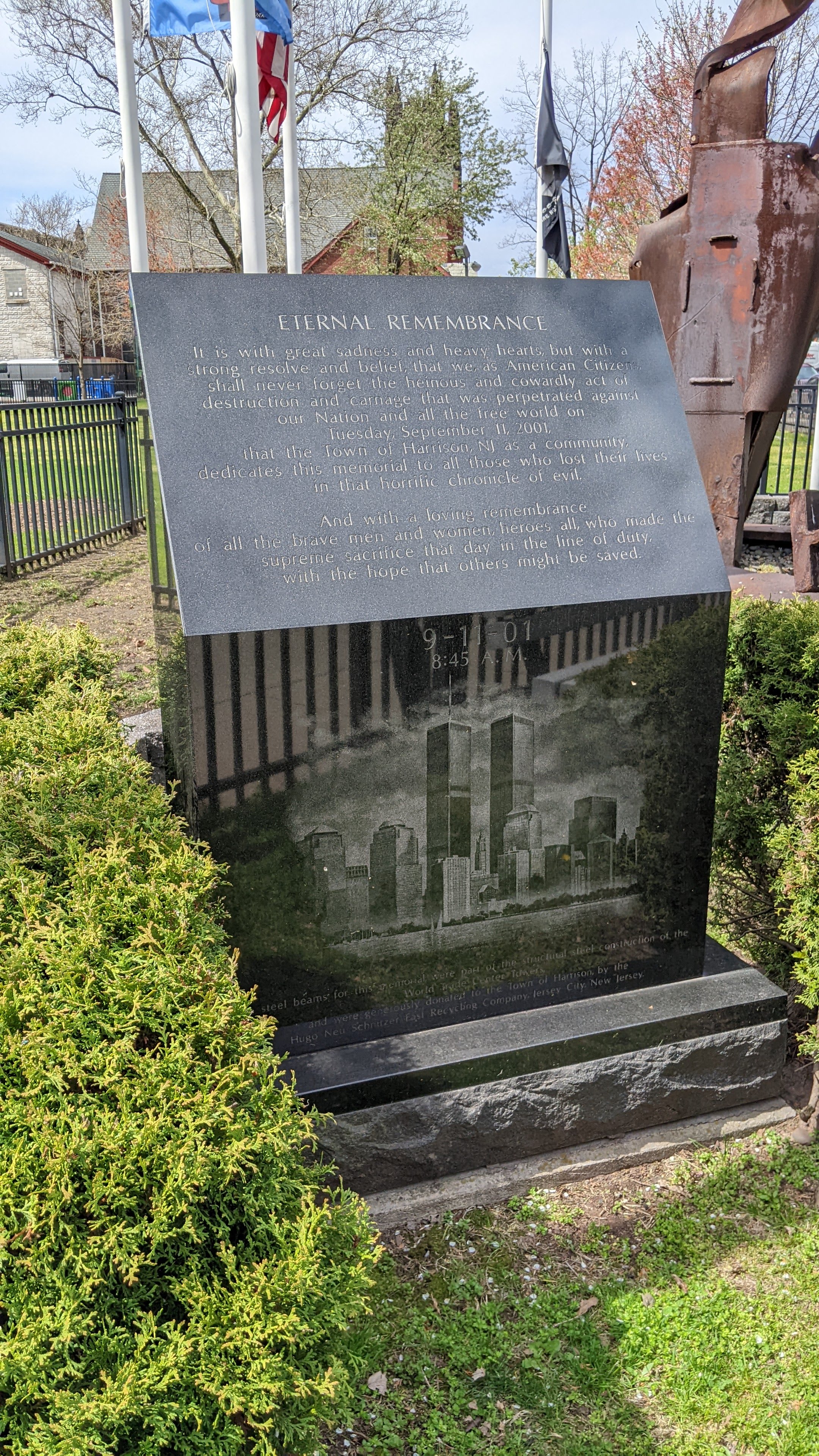 The engraved marker reads as follows:

It is with great sadness and heavy hearts, but with a strong resolve and belief, that we as American Citizens shall never forget the heinous and cowardly act of destruction and carnage that was perpetrated against our Nation and all the free world on Tuesday, September 11, 2001, that the Town of Harrison NJ as a community, dedicates this memorial to all those who lost their lives in that horrific chronicle of evil.

And with loving remembrance of all the brave men and women, heroes all, who made the supreme sacrifice that day in the line of duty, with the hope that others might be saved.

Harrison had one resident who died on 9/11 at the World Trade Center. 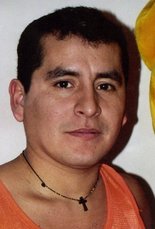 Fabian Soto, 31, was a window washer at the World Trade Center.  There was a very nice obituary written about him in The Star Ledger.

The Obituary starts off as follows:

'Live for the Moment'

Perhaps it was his job that made Fabian Soto think the way he did about the future. He was a window washer at the World Trade Center, responsible for keeping a mountain of glass clean in perpetuity.

"He used to say, `Live for the moment and don't dwell on the future,' " said his wife, Elda. "He was convinced he would die young."

So after he got his union job with ABM Industries in August 2001, Mr. Soto, 29, washed window after window during the day. 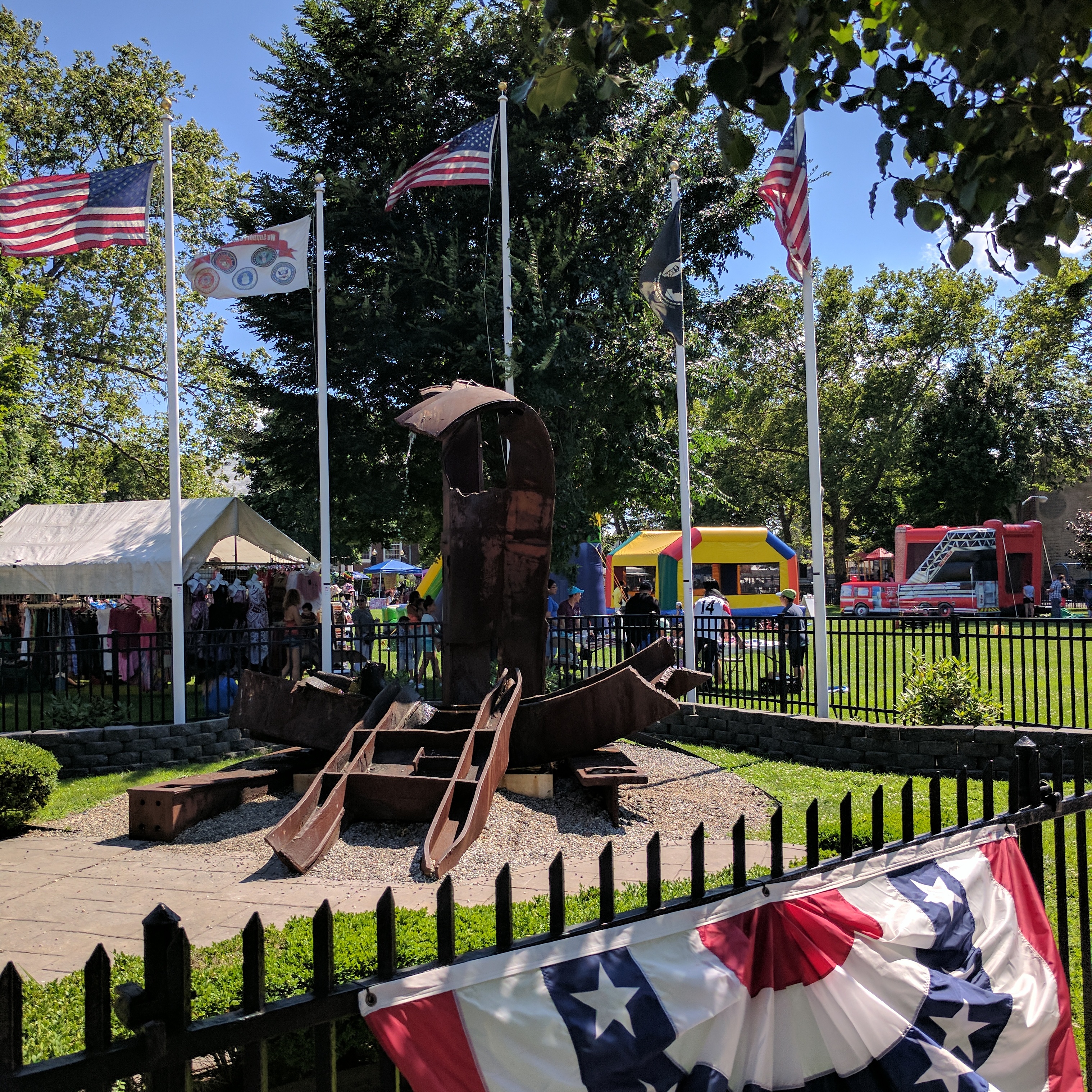 There was also an article focused on Fabian's wife and family.  It is a sad article and at the same time inspirational.  In one part, a family member states that the family will always be indebted to the United States of America,  "You never lose your roots, but you feel a part of this country. This country has opened its doors and given a better life to our families,"  Followed by the statement that he (and the family) will stay in Harrison.

It does not appear that Fabian Soto's name appears on the marker or a part of the beam. Something that should be considered in the future.