Direct Link Between Not Voting & Street Cleaning at 4 am 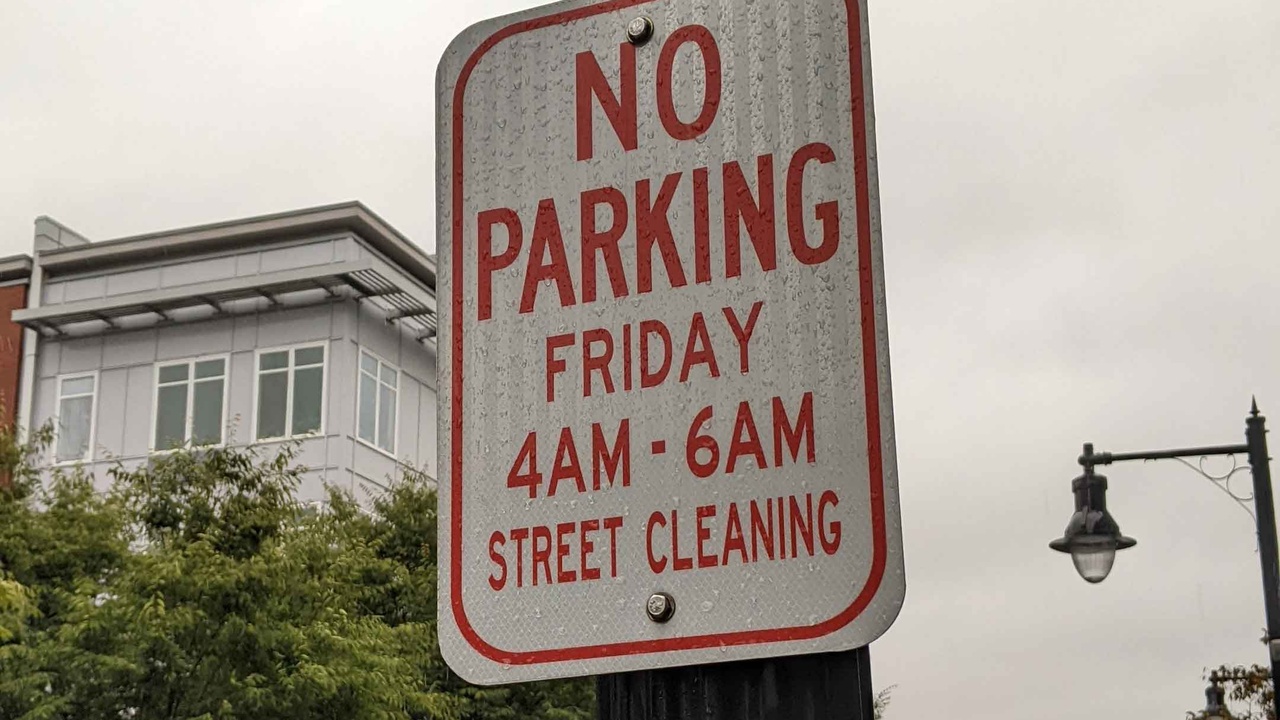 Street cleaning in Harrison NJ is a ritual that keeps the Town of Harrison clean.  The Harrison Department of Public Works (DPW) sweeps the streets of Harrison once a week.  Their motto imprinted on their street sweeper is "Keeping our community clean". The DPW plays an important role in keeping Harrison Streets clean.  The tradition of cleaning Harrison’s street goes back decades. Some residents think that Street Cleaning is a way for Harrison to make some additional revenue for the town. 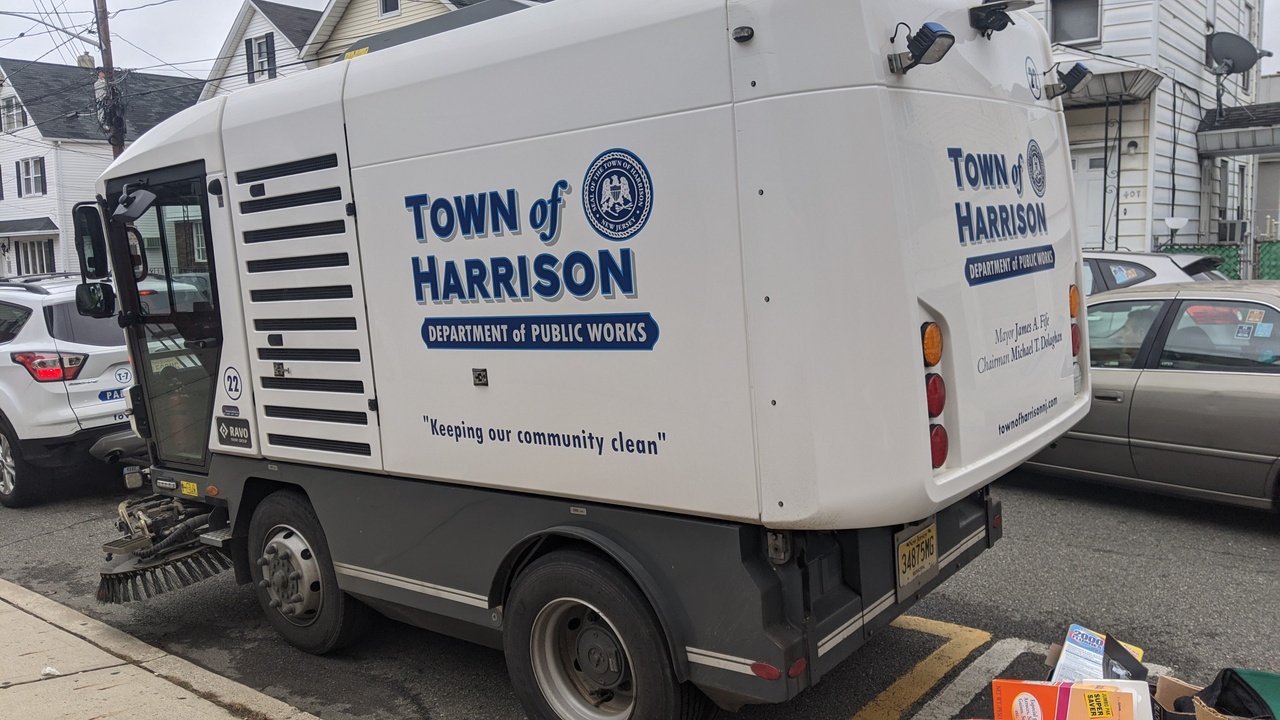 Although Street Cleaning started as a way to get the litter off the streets it still serves the same function but it is an essential service mandated by New Jersey State Environmental Protection Law. Fines for Failure to Move Your Car for Street Cleaning do generate money for the Town of Harrison but it is not the primary reason Street Cleaning is done every week.

In NOHA, street cleaning starts at 9 a.m. but in SOHA in particular in the heart of SOHA around the Urby buildings, Vermella, Steelworks, and Cobalt apartment buildings Street Cleaning starts at 4 a.m.  Mayor Fife and the Town Council changed the time for Street Cleaning in SOHA it appears to get more cars into the now Town of Harrison-owned parking garage.  A clever, if that is the correct word, move to force SOHA residents to pay for parking in the Harrison Municipal Garage.  The County of Hudson used to own the garage but Mayor Fife bonded just before the Covid pandemic to buy the garage from the County of Hudson.  But Covid hit and fewer persons were using the Harrison Path to commute to New York City from Harrison and parking their cars in Harrison threw a curve ball at income coming into the Town of Harrison to make Bond payments.  So, the 4 a.m. parking idea was floated by Mayor Fife and passed into law by the Mayor & Council. 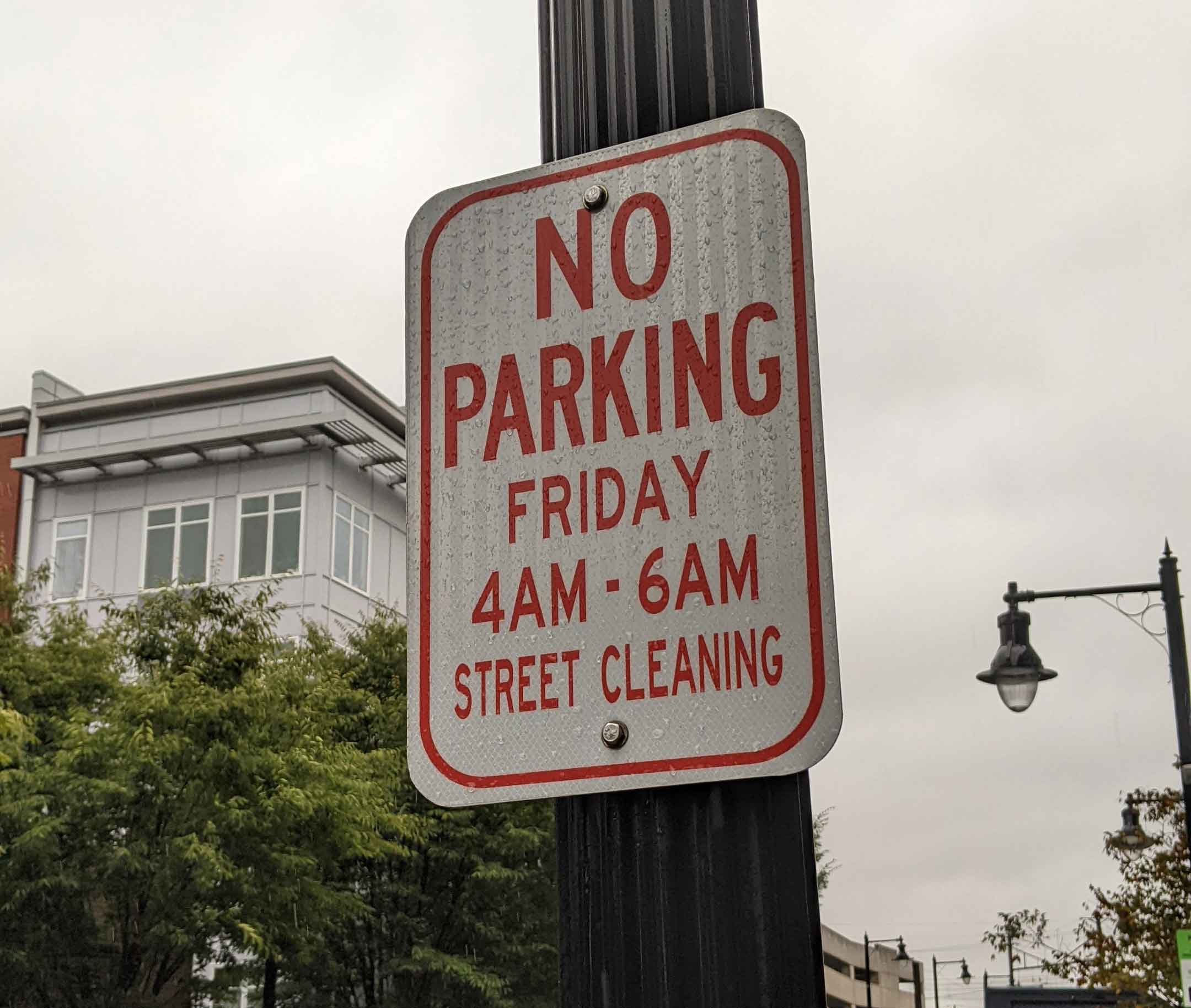 What is the big deal with a 4 a.m. start for Street Cleaning?  Well, it is not easy to get up before 4 a.m. to move your car.  The rest of Harrison has a 9 a.m. start for Street Cleaning.  Why does Mayor Fife think that it was ok to move the time from 9 a.m. to 4 a.m. in SOHA?  One could conclude that it did it after looking at the low turnout in the last two contested local races in Harrison.  Four years ago then Councilman Anselmo Millan ran against Mayor Fife and lost by less than 300 votes after all the ballots were counted.  Mayor Fife’s margin of victory was less as over 60 Vote by Mail ballots were disqualified for signatures which the Millan Team contends were slightly different but not enough that a handwriting expert would not have accepted them.  The persons who review signatures at the county are political appointees with no handwriting training or expertise.  Challenging the rejects would give a moral victory but would not have made up the voting gap.

What was SOHA's percentage of voter participation in the last two local elections?  It was very low.  SOHA has a larger percentage of registered voters than any of the four election wards in Harrison.  Yet, SOHA residents did not engage in the past two elections in 2018 and 2019.  The elections were contested but SOHA residents did not exercise their constitutional right to cast their vote.  The result is Mayor Fife looked at the turnout and chose to treat the residents of SOHA differently than those of the rest of the Town.

There is a contested race that is going on right now.  If you are reading this on the weekend (Saturday –Sunday, November 5- 6, 2022), you can go out for a Coffee at Arcos across from the Kearny Town Hall, located at 402 Kearny Avenue, Kearny NJ after you have cast your vote on the State-of-the-Art Touchscreen voting machines.  Over 80 persons have cast their votes for Tuesday’s Harrison General Election. If you live in SOHA, your voting location on Tuesday, November 8th, 2022 is the Community Center on the corner of South Frank E. Rodgers Blvd and Warren Street in Harrison NJ. 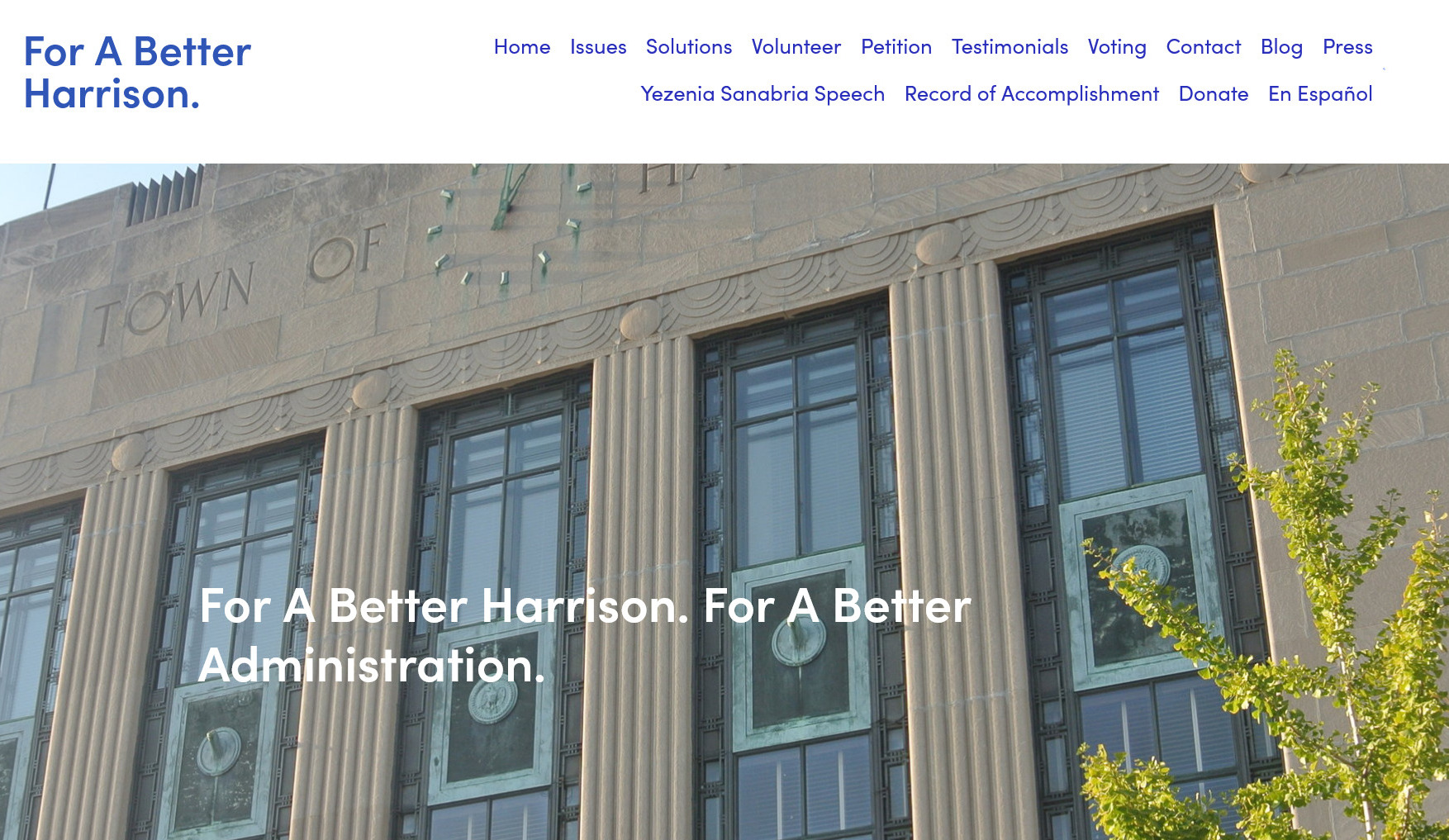 Mayor Fife does not have a campaign website.  Former Councilman and Mayoral Candidate Anselmo Millan have two websites for his campaign.  It seems two volunteers were vying for who could put together a better website.  The first of the two is located at ForABetterHarrison.com and you can find a lot of information on Voting Locations including Early Voting, Check Voter Status, Check Voting Poll Location, and Early Voting (which ends this Sunday (11/6/2022).   For those who want to compare candidate Anselmo Millan’s websites, the second website is MillanForHarrison.com

Have you Voted?  Are you taking a ride to Kearny?  Or Are you taking a ride to Jersey City or Hoboken and stopping by one of the Early Voting poll locations to cast your Vote?  Former Councilman and Mayoral Candidate Anselmo Millan is on the far right column, Column H, on the ballot and he has promised if elected to treat the Northern and Southern parts of Harrison (as he puts it) equally and start street cleaning at 9 a.m.

Anselmo Millan recently stated in an interview that he wanted to unite the two parts of town by fulfilling the plan set forth almost 26 years ago when he was a newbie Councilman to build a Park/Green space and a Community Center in the former PSE&G  Gas works site that has just been de-contaminated.

Mayor Fife stated that he could not build the part or community center because the EPA was going to use the property for Agent Orange sludge dewatering.  He stated the following at the August 29, 2022, Harrison Redevelopment Agency meeting after being pressured as to why there was no Green Space in Harrison, “Of course you have the biggest piece Public Service,  the EPA is holding that up.  We were going to do some planning over there but the EPA is going to using it for the [Passaic] river dredge [aka sludge].  We don’t know how long that is going to be it could be 10 years.  But It is up to EPA and PSEG.” 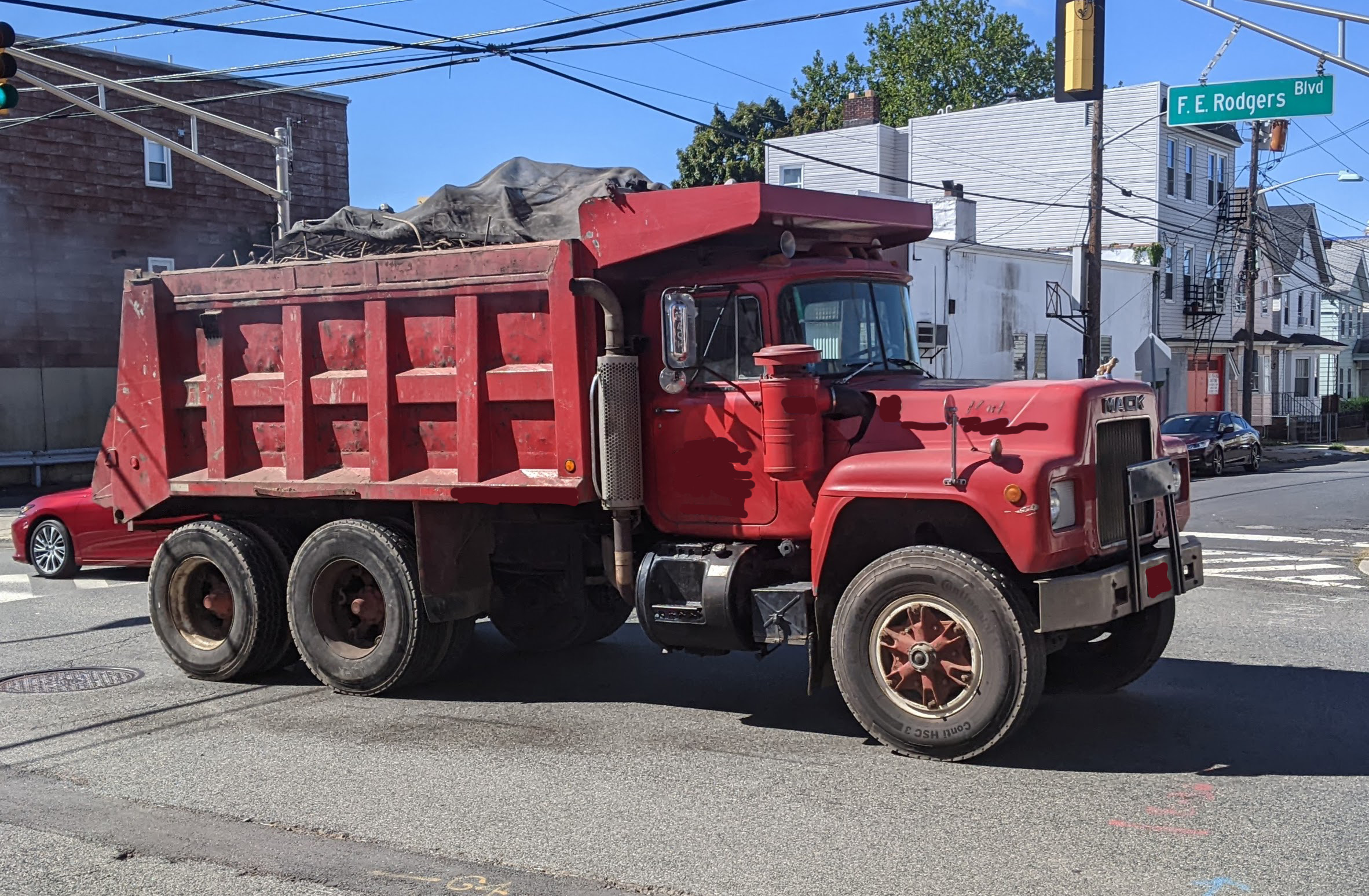 Use the search box to search Agent Orange and read the articles on Mayor Fife’s refusal to make a statement on whether he wants Agent Orange sludge or Green space and a community center in Harrison. We leave you with this quote by former President Obama from 2018, “You wouldn’t let your grandparents pick your playlist.  Why would you let them pick your representative who’s going to determine your future?”

Please exercise your right to vote For A Better Harrison. Hey, we know that is the Anselmo Millan slogan. Anselmo Millan would say his Record of prior Accomplishments means it’s a lot more than a campaign slogan.

Let Us Know Your Thoughts on who you think should be the next Mayor of Harrison on our Community Discussion Board.  If you have not signed up yet to participate you can Sign Up now. Sign Up for Free.