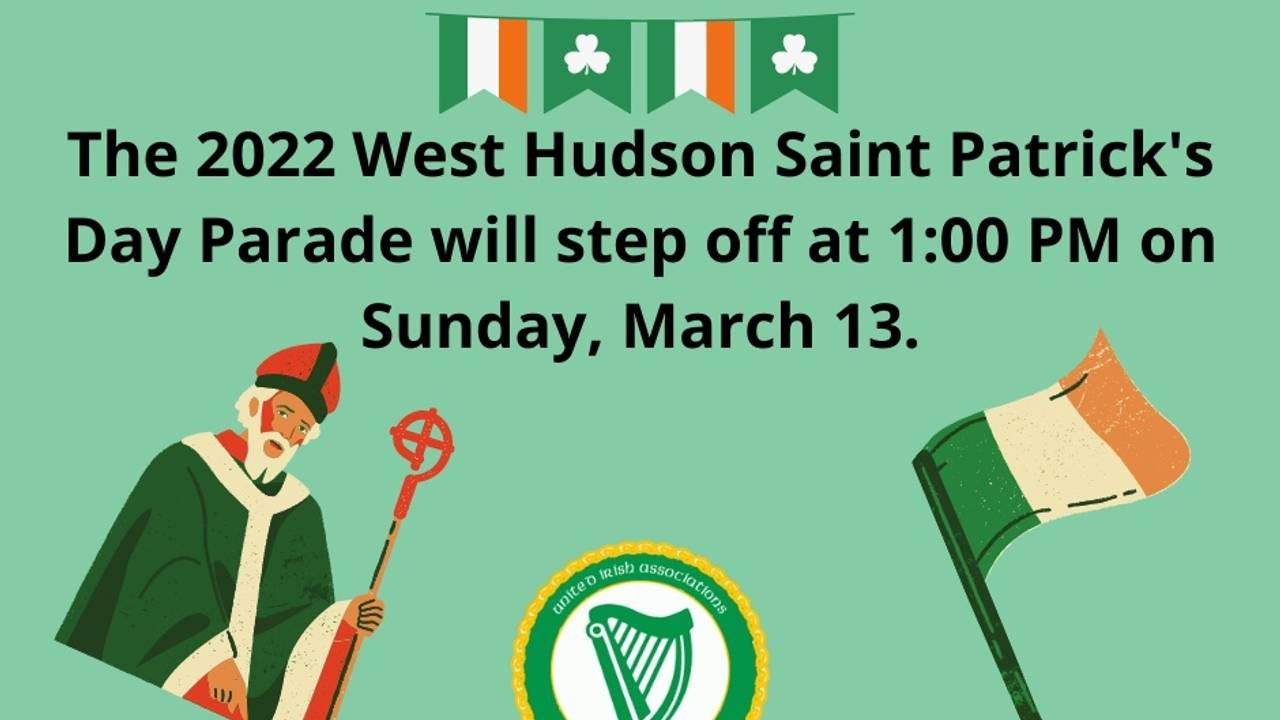 The Parade however will step off at 1 p.m., an hour earlier than its usual step-off time to attempt to avoid traffic gridlock in Harrison due to the scheduling of the New York Red Bulls season-opening game which was scheduled also for Sunday, March 13, 2022, at 2 p.m.  [Note: Red Bulls changed their start time to 7 p.m. See update below]. The St. Patrick Day Parade has traditionally been scheduled for decades for the 2nd Sunday in March.  The President of the United Irish, Kevin Quinn, publicly stated that he was disappointed that the New York Red Bulls soccer team management scheduled their season-opening game on the same day and time as the West Hudson St. Patrick’s Day Parade.  Quinn pointed out that “They [the Red Bulls] say they’re ‘community-oriented,’ but this is hardly an example of that,”

The Harrison Police Department requested that the parade kick-off be moved back along with an adjustment in the St. Patrick’s Day Mass that is held at the Holy Cross Church in Harrison to assist in getting the Parade on its way before the bulk of the Red Bull soccer fans arrives in Harrison to attend the game.  The Holy Cross Mass will be held at 11 a.m. Assembly of the Parade Participants will be at Noon and as previously noted the Parade will kick off at 1 p.m. from the intersection of Harrison Avenue and Frank E. Rodgers Blvd. moving north up Frank E. Rodgers Blvd in route up Kearny Avenue to the Kearny Town Hall.