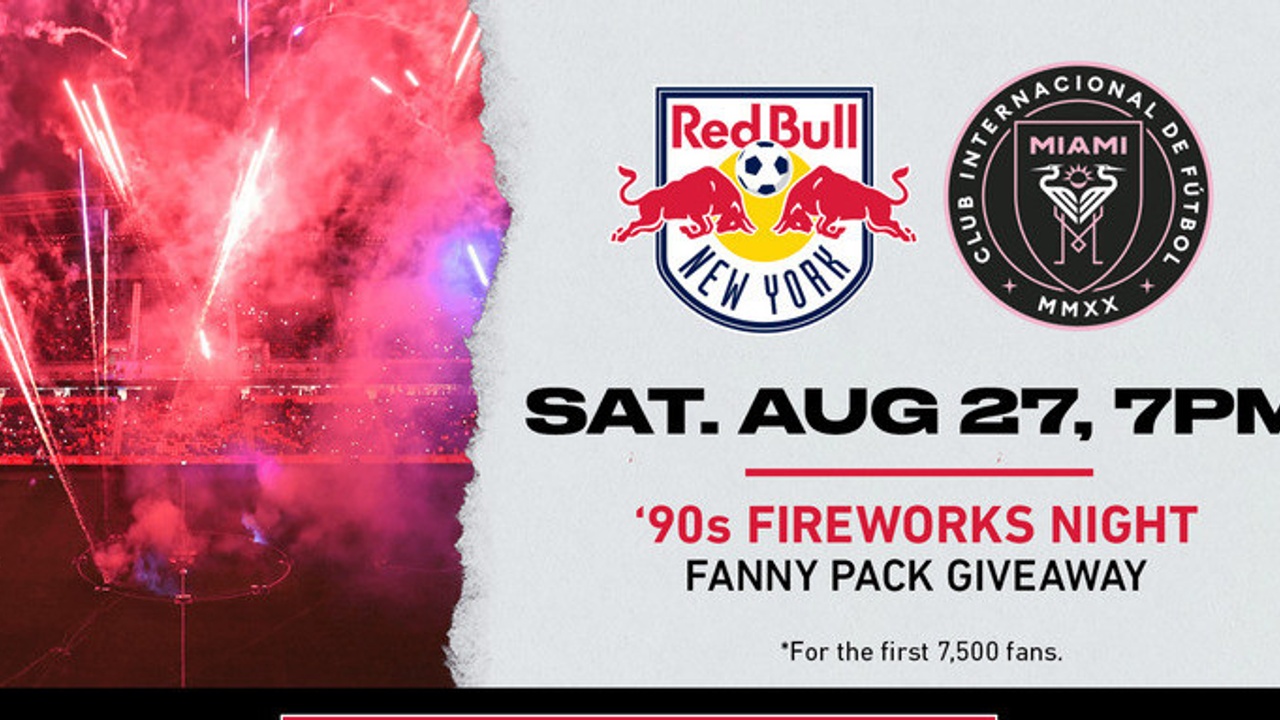 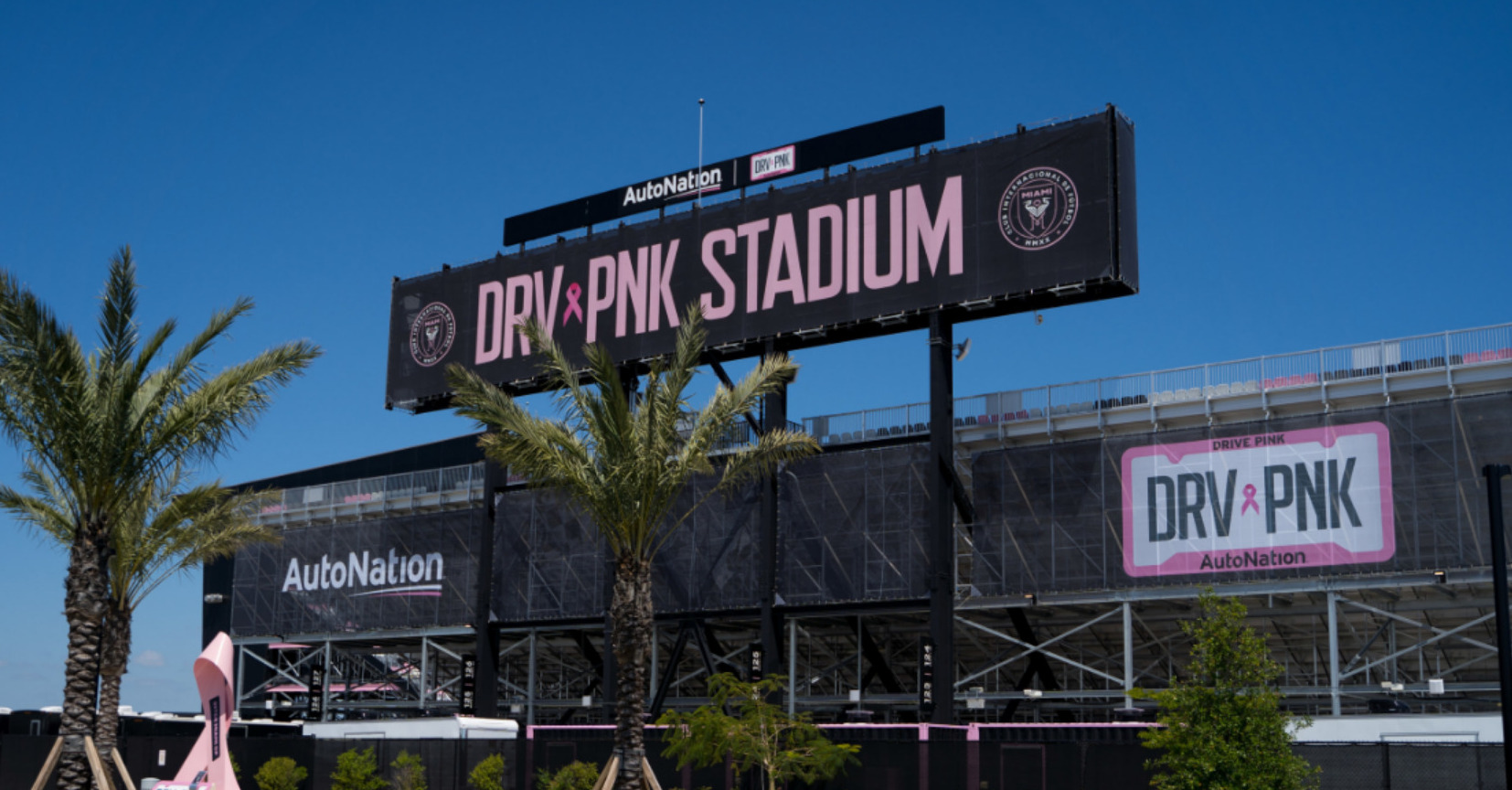 Inter Miami CF has a stadium sponsor AutoNation who has naming rights to the stadium.  AutoNation has a breast cancer awareness campaign entitled Drive Pink.  AutoNation named Inter Miami CF’s stadium, DRV PNK Stadium, an abbreviation of Drive Pink.  What do you think of that abbreviated naming choice?  Let us know on the Your Harrison Community Discussion Board.

The Red Bulls will be giving away to the first 7500 fans a fanny pack. It is not a Marvel Super Hero Tyler Adams x Captain America Bobblehead or limited edition Marvel Super Hero poster but there will also be  90’s Fireworks at the Stadium we imagine during and after the game.  There were no details given on the extent of the Fireworks  We are not sure what ’90 Fireworks is all about but we are sure to learn soon.

Tickets for the Red Bulls versus Inter Miami CFgame are available on Ticketmaster.

The game is presented by The New Jersey Lottery.