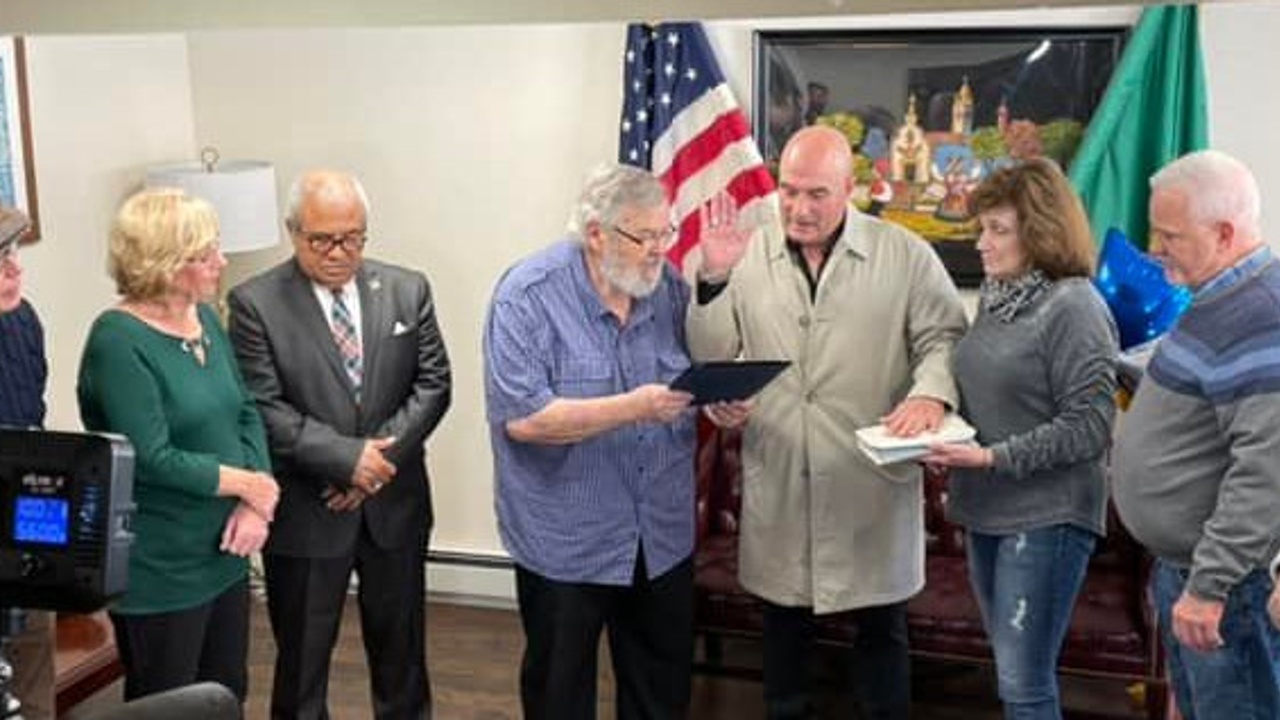 Sarabando was recommended by the members of the County Committee who are elected officials who sit on occasions like this where there is a vacancy in an elected office.  The County Committee considers potential candidates and votes to appoint a candidate to the vacated Mayor or Council seat.  This is not the first time the County Committee met after a vacancy. The County Committee met after the untimely passing of the late Mayor Raymond J. McDonough in February of 2014. , The late Mayor McDonough passed in Town Hall after a major heart attack.  Current Mayor James Fife was appointed to the unexpired term of Mayor McDonough as an interim Mayor. Fife, however, was interim Mayor and then with the consent of Councilmembers ran unopposed for an additional four-year term.  Four years ago, then-Councilman Anselmo Millan of the 2nd Ward ran in the Democratic Primary Election against Mayor Fife.  Councilman Millan came within a narrow margin of unseating Mayor Fife in an intense and competitive race.

Delfim Sarabando stated at his swearing-in that he has never been a political and that he accepted the interim Council seat because he felt an obligation to represent the Portuguese-American Community in Harrison. Sarabando is one of the founding members of the Centro Romeu Cascaes Portuguese American Community Center located at 14 North Frank E. Rodgers Blvd. in Harrison.  Sarabando and his Board of Directors were instrumental in purchasing the former Knights of Columbus building and improving the facilities.  The Centro (Club) has been very successful and its current location in the center of town very popular with members and their guests.

It is not known if there will be a formal Swearing-in Ceremony at Town Hall for Delfim Sarabando.  Traditionally, appointed and/or elected officials are sworn in at the Town of Harrison Council Chambers.  It is not clear why there was an impromptu swearing-in at the Portuguese American Club rather than Town Hall which is on the same block.